Paragliding a portable wing.
can weigh as little as 10kg

Suspended from the balloons
Larry Walters.

22-caliber rifle to shoot out two of the balloon.
Rose rapidly to a height of about 16,000 feet. 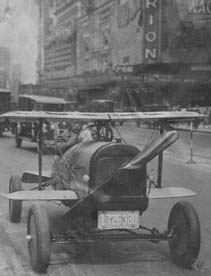 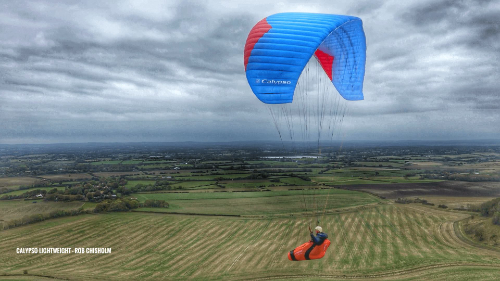 Man has been trying to get his feet off the ground ever since the dawn of time. It might be to enter into space, fly solar power to jumping off Bognor pier. Even at this moment in time a man has jumped out of a plane and glided ten miles with the aid of a special suit fitted with small wings insert under the fabric, his glide was 1 to 1.

In fact people will go to extreme lengths to gain altitude, I can remember a friend sending me an article about "Larry Walters" in a patio chair, connected to hot air balloons.

Floating through the sky in San Pedro California. Then floated in to long beach airspace.

His descent was to shoot the balloons and gradually come down to earth.

To you this may sound like madness, well let us start this theory of flight with ATTITUDE as it is the one point people let themselves down with. Anyone can fly as the man in the deck chair has shown he even had a decent method ready for when he wanted to come down. But was he mad, well not really but his attitude and understanding was bordering on extreme danger. So a good understanding of how your wing will react in the environment that you fly in, is essential.

We will start this lesson with all the basic understanding of flight and then turn our attention back to attitude.

Now the first point to make is that you fly a wing that comes in a bag and not a fixed ridged wing and your weight underneath is what keeps the wing open. All a paraglider is, is a areofoil shape made out off rip stock nylon and sewn together. Suspension lines hold you to the glider and you hang from these in a harness and your weight drags you through the air, its the airfoil shape that gives you the glide of about 7 to 1. This seven to one means 7 feet forward and one foot down or for every seven feet forward you sink one foot.

Nothing for free, but a glider made out of rip,sock and kept at home in a small bag beats blowing hot air balloons up and attaching them to the deck chair in your back garden.

So let us start with how the paraglider produces lift, we will try to keep this simple as possible. If you have a A 4 piece of paper at hand pick it up and hold it by the corners in each hand. (Hold it landscape stile, with the paper drooping)

Now place it to your lower lip and blow over the top of the paper, the paper should rise! Why because you have just produced your first lift by sending the air over the paper faster than it can travel underneath. This is called low pressure and is what makes the lift over the curved paper. We can see this in the diagram below more clearly.

The above diagram is a cross section of a paragliding wing, the front of the wing is meeting the airflow and making the air travel over the wing and below the wing. The amount of lift on top of the wing is 2/3rds (low pressure) and 1/3rd high pressure below. The air above is moving much faster to catch up with the air flow below, you can think of this like a person placing their foot on a hose pipe. The water would be under more force and increase in speed, this is our low pressure.

DO not drive and do this, remember other people my think you are turning left or right. Or worse still someone may hit your arm, you do this at your own risk and Freeflight is not responsible for these actions)

One sure way to understand how lift works is to put your hand outside the window of a moving car at say 40 mph and make a curved shape on top, you should find that your hand produces lift and your arm will start to rise.

The angle of attack is increased by pulling down on the toggles which you hold in each hand. The angle of attack is a way of controlling your speed, hands up and you are producing a low angle of attack and flying fast. By putting your hands down you will travel slower over the ground, but be careful you could stall the glider and stop moving through the air. This would result in the paragliding fall to the ground.

Pressure how does this effect the performance of a areofoil ?

Basic terms most cross countries are made in pressures of 1018 to 1026 millibar. Why would this be ?

High pressure is what we mainly fly in when using a paraglider. Low pressure something we avoid in paragliding.

High pressure sinking air and low pressure rising air. At 1030 millibar the air sinking rather quickly. If you were to climb in a thermal in a 1030 millibar high pressure day, once you exit your thermal you will desend like a lead ballon.

Where as in a pressure of say 1020 millibar you would sink rather slower, any given thermals on the day. Would rise with less efforts and so will you, plus on a glide away from a thermal you would maintain a better sink rate.